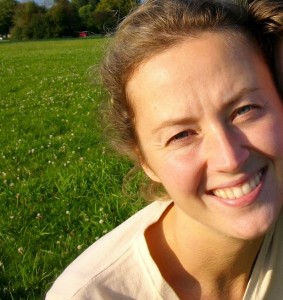 Starting in December, Kaire  will be building a solid foundation of experience as she complements her academic work and develops her client base as a student (thereby offering reduced rates).

Kaire’s early background is in media. A long time ago she was a fashion writer and later on she started using her skills in the charity sector. She’s deeply curious about what makes us who we are, and how we evolve and grow. As well as psychotherapy, Kaire’s involved in both teaching and practising yoga (see http://yogawithkaire.com/) and will, one day, work with people in different ways on a full-time basis. She loves the outdoors – walking, running, snowboarding and cycling. She believes that there is a better, fuller way of living for all of us, which is healthier, more mindful and more environmentally aware. This way of living involves fewer material wants and emphasizes more time for valuable relationships and the community.

Following a discussion at the Practice about some of the ways that depression can be addressed it was surprising how little mindfulness was mentioned. Bearing in mind that it is so very effective and bearing in mind that it can be ‘pharma-free’ and that it’s been around for so long – a few thousand years in its traditional form and about 20 years in its modern form wedded to CBT (cognitive behaviour therapy) –  and that it’s effective against some relapse, it should have been at the forefront of the discussion. It’s certainly one of the most prominent treatments and has even been called ‘fashionable’ (in which case it is a very classic fashion) which rather ignores the unusually convincing and solid evidence base.

If you have access to an mp3 player the series is really worth a listen and, of course, you don’t have to be depressed to benefit from being mindful; listen to this series and you’ll see what we mean.

The New Psychology of Depression:   https://podcasts.ox.ac.uk/series/new-psychology-depression